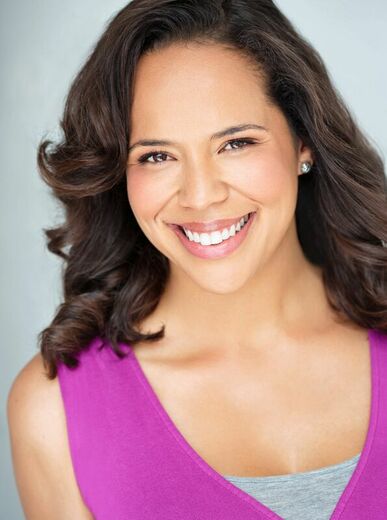 DANCE NATION
Ashlee (electrifying Lauren Spencer) pierces through the fragmented “Dance Nation” like a bolt of lightning... Spencer’s intensity grips us, and we hang onto her every word. She is unapologetic, fervent, and truthful.
-Karina Hull, Theatrius

The show’s smackdown gets delivered by the formidable Lauren Spencer as Ashlee, the girl just a couple of notches shy of calling b.s. on all around her — the inhuman demands of dance, norms of femininity. Why doesn’t the world let her own how beautiful and smart she is? What would happen if she did? It seems like it would be too much, like no one could handle it, and Spencer’s performance manages to both rage at that injustice, like she’s fighting it, yet also keenly mourn it as if she’s already lost the battle.
-Lily Janiak, SF Chronicle
​
CRY IT OUT
Spencer has the show’s great aria, a righteous tirade in which she shreds Jessie’s and, likely, your assumptions about what a bad mother she is. Spencer becomes a tower of rage, starting high, climbing into a higher clef, scoring a range of peaks and valleys within that new stave she’s created.
​-Lily Janiak, SF Chronicle


​ROMEO & JULIET
Lauren Spencer, the Juliet now on stage in Pleasanton, is the most perfect embodiment of the Bard’s girl-woman in memory...Spencer, bursting with a joy that cannot be confined to the balcony’s limited dimensions, and Romeo flinging his loving words into the night, created magic many famous performers have failed to evoke...Spencer’s performance was simply incandescent.
-Susan Steinberg, The Independent Full Review

Lauren Spencer is a radiant Juliet, so girlishly playful and impulsive that her quick transitions into mature passions and decisiveness become all the more impressive — and meaningful. Carl Holvick is her perfect match as a handsome, moody but energetic, and youthfully lovestruck Romeo in the San Francisco Shakespeare Festival’s “Romeo and Juliet.” And they speak Shakespeare’s verse beautifully... To their great credit, Spencer and Holvick’s mutual attraction and impetuous passion make us want to suspend disbelief immediately, and follow them through every twist of Shakespeare’s familiar story.
-Robert Hurwitt, The Chronicle Full Review

HEDWIG AND THE ANGRY INCH
Lauren Spencer and Michelle Ianiro are among the best vocalists in the show, adding a layer of richness and power to the great songs by John Cameron Mitchell and Stephen Trask.
-Kevin Thomas, SF Examiner

OUR PRACTICAL HEAVEN
Spencer very realistically portrays ... a dancer, and the most effective moment in the whole show comes when she loses herself in Dave Brubeck’s “Blue Rondo à la Turk,” dancing to the jazz with bliss...
-Sam Hurwitt, The Idiolect

MIDSUMMER NIGHT'S DREAM
Spencer’s Helena exemplifies why Shakespeare writes so often in monologue. It’s not to explain, nor is it to freeze a moment. It’s not static at all. It’s to puzzle actively from quandary to decision. It’s the quicksilver movement of the brain caught and wrestled into tangible, poetic form.
-Lily Janiak, SF Chronicle

H. O. M.E. (HOOKERS ON MARS EVENTUALLY)
The fantastical elements here, from the on-face computer screens worn on Mars to the notion of teleporting humans from below the ocean beyond the Golden Gate Bridge to Mars, are taken at face value as part of everyday life, so even when the story is deeply in the sci-fi realm, there’s still a strong human focus. That comes from Finch’s writing as well as from the superb central performance by Spencer as a smart, passionate woman who is in deep contemplation about what it means to be a woman, a mother, a human.
-Chad Jones, Theater Dogs Full Review

THE ROVER
Lauren Spencer plays with great skills the high and mighty side of this woman of the night; the sudden vulnerability of her finding unexpected attraction with a male visitor; and the fierce, eye-piercing look of revenge when she finds herself spurned.
​-Eddie Reynolds, Talkin' Broadway Full Review

PRIDE & PREJUDICE
The cast, directed by the talented Marissa Wolf, is an extraordinary and magnificent ensemble. Most play several roles and the non-stop action keeps the audience rolling in the aisles... Lauren Spencer plays Jane Bennett with a lovely sincerity and Miss DeBourgh with delightful hilarity.
-Megan GreenLee, Perform Ink

​MEN ON BOATS
We are moved by [the cast's] boyish antics and self-deceptions, and ponder their gender roles and attitudes. Their posturing makes a mockery of male pretensions, revealing gender as a learned role. These gender-bending glimpses create enormous laughs, but Backhaus has other fish to fry.  Her all female crew illuminates the in-your-face cowboy constraints on western maleness. It takes real women to do that─and makes great comedy.
​-Jennifer Charron, Theatrius Full Review

THE LATE WEDDING
"Next stop is the Glynn Tribe, where two women, Zdan and Lauren Spencer, are celebrating their wedding...and it’s in this beautifully acted scene, that the sketch nature of the play deepens into something honest and emotional.:
-Chad Jones, Theater Dogs Full Review

"Another tribe believes in prolonging the anticipation of marriage to the point where long-distance relationships are the norm, as heartbreakingly depicted by Kathryn Zdan and Lauren Spencer...The terrific six-person cast continually morphs from one role to another."
-Sam Hurwitt, KQED Full Review

A MAZE
"Rounding out this exceptional cast is... Lauren Spencer. I can’t say enough about the sharp, incisive details in these performances."
-Chad Jones, Theater Dogs  Full Review

HERMES
'The god came back. Shortly afterward, the world ended.' That's what Lauren Spencer tells us as the narrator and sometime bartender in Hermes, a new play playing at the Exit Theater in a No Nude Men production directed by Sleepwalkers Theatre artistic director Tore Ingersoll-Thorp. Spencer says this several times, in fact, handling the poetic repetition with grace and sparkling intelligence.
-Sam Hurwitt, The Idiolect Full Review

LITTLE SHOP OF HORRORS
Crystal, Ronette and Chiffon (Lauren Spencer, Nikki Arias and Kelly Sanchez) not only stunningly added the narration and exposition to the piece but inhabited this new world to make it even seedier and delectable.
-Jay Irwin, BroadwayWorld.com Full review
Powered by